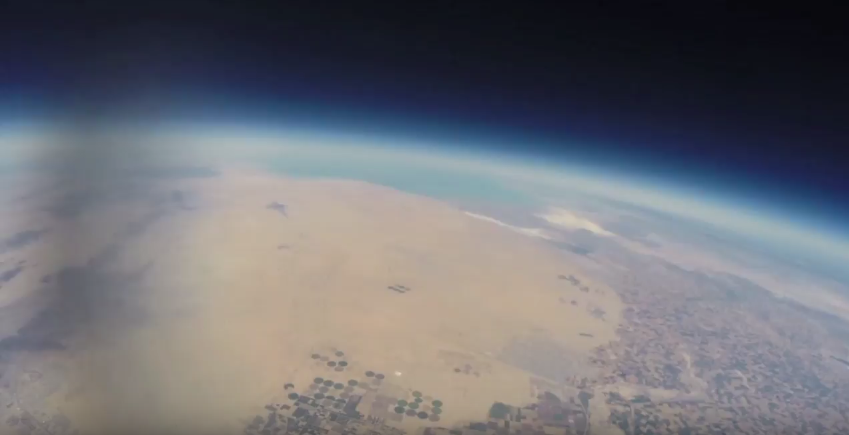 The video below shows the first two attempts to send a weather balloon by students at High Tech High School in San Diego, California. The project’s inspiration came from Brian Delgado, a freshman physics teacher who wondered what a space program at a school might look like. He explained to his students that he had heard about how people were sending packages up into the stratosphere, and taking pictures of the earth’s curvature.  He wanted to bring that into the classroom for his students to experience it together. The students were fully enthusiastic about the idea, and worked extremely hard throughout the semester, while also learning space science. Although the first balloon that was launched failed (The line snapped), the students persevered and launched another one that succeeded. When they recovered the footage, and watched it back, they were amazed to see something they built went to space. Students now strive to improve the launches by adding new experiments, new equipment, and new launch points. The program has grown immensely since 2014, with 12 launches in the past 3 years.